There’s been quite a few new features and improvements in Fork for Windows since our last blog post. Today, we’ll take a quick look at the most important changes that recently made it to the Windows version of Fork.

When there’s fairly large WIP going on in your working directory, you might want to stash it to work on something else if needed. Until now, you had to stash all changed files – but now the option to stash individual files is available in file context menu.

Fork now allows for a more intuitive way to merge and rebase branches – drag & drop. Use the mouse to drag a branch on the sidebar into another branch, and choose whether to merge or rebase from the resulting popover.

Create a pull request on GitHub, Bitbucket, GitLab or Azure Devops through the branch context menu. 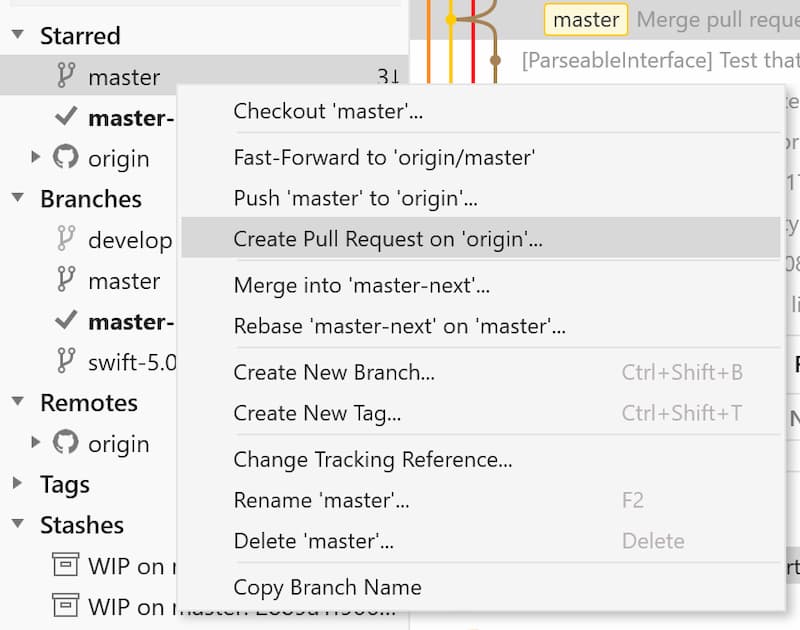 Git LFS locking is a feature that lets developers lock files on the server, preventing their concurrent modification by multiple users of the same repository. With Fork, you can now lock and unlock files from LFS menu in file context menu, avoiding potential binary merge conflicts in LFS files. 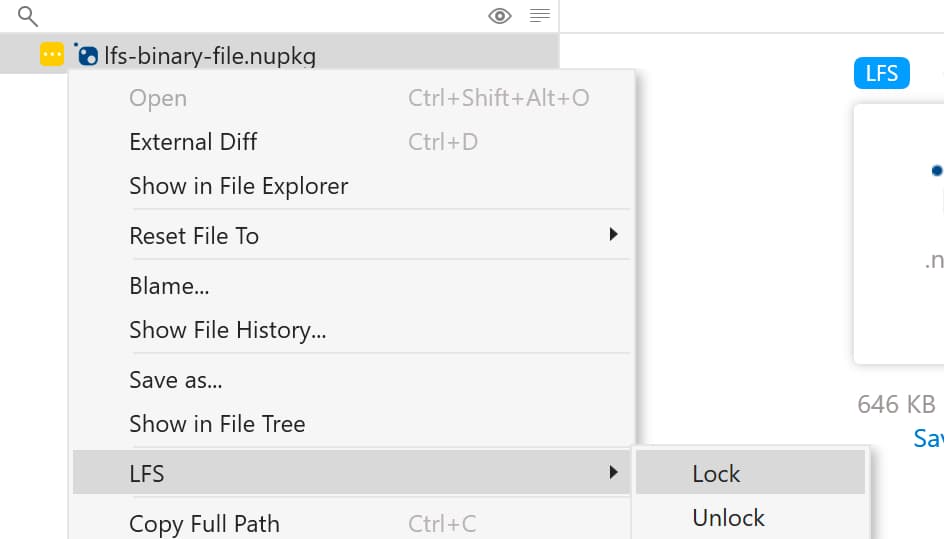 Sometimes it might be useful to see exactly which git commands Fork invokes and what output they produce, especially if you observe some erratic or inconsistent behaviour within your repository. For your convenience, the output of git commands is now displayed in Fork’s activity manager, with essential output in bold.

We added little icons to indicate the upstream status of local branches. There are different icons for branches that are 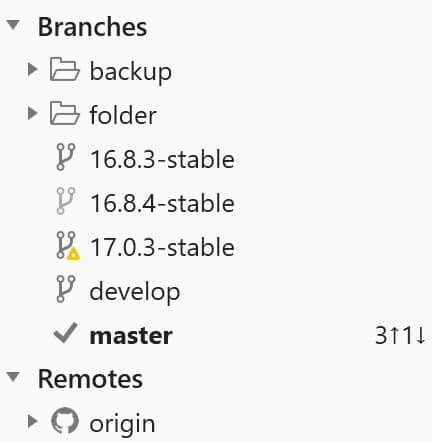 How many times have you added a git remote, only to find out afterwards that it won’t connect? There’s no need to do that anymore – you can test your connection in the Add New Remote dialog.

Ability to Push multiple branches at once

Fork now allows to push multiple branches in one go. Select the required branches in the sidebar and push away.

There are times when debugging just won’t cut it – you have to know when and how the bug emerged. One of the ways to do this is binary search through the commit history with git bisect, which is now available in Fork. In the menubar, choose Repository → Bisect to enter bisect mode. Checkout any commit and mark it as good or bad – Fork will remember your choice and visualize your progress in the timeline.